The electric car market is booming, so it is important to learn more about how the ‘heart’ of an electric car, the lithium-ion battery pack, works.
The battery pack is an intelligent device that stores and delivers energy via its modules equipped with lithium-ion cells. The battery production process is crucial to ensure optimal safety and performance, and being the most delicate component of new ‘zero-emission’ engines, it requires numerous precautions during production.

In this article we will investigate: how are batteries for electric cars produced?

To simplify, it can be said that the production lines actually consist of at least three distinct areas:

But let’s look at the process in more detail:

Battery packs are assembled by connecting different batteries together in series or in parallel, combining their voltage and amperage to obtain the desired current and voltage, and at the same time arranging them so that they can be accommodated in the space reserved for them by the manufacturing machine or device they are supposed to power. Through the combination of appropriate cells or batteries, it is therefore possible to build battery packs of any voltage and overall amperage, taking advantage of both series and parallel connection; the battery pack thus becomes a kind of ‘customised battery’, which can have specifications and dimensions that are absolutely non-existent on the standard battery market.

Battery packs are used in the most diverse devices, and for the most diverse functions, from powering a tool to maintaining the programme memory of an automatic lathe. The possibility of assembling them according to any specific requirement, even varying their dimensions, combined with the possibility of providing them with all the protective circuits that the project requires, means that battery packs can be built to really suit any function and application condition.

The construction of a battery pack always starts with the choice of the cells or batteries that will be connected to build it; these are chosen based on a set of criteria, including final dimensions, overall voltage and amperage, and particular operational requirements (such as the ability to operate efficiently even at particular temperatures). This is followed by the assembly of any protective circuits, as required by the design, and the connectors necessary for connection to the device. The last phase is the actual assembly, carried out first by soldering the electrical connections between the batteries, and then wrapping them all in a heat-shrinkable sheath to make the battery pack more compact and easier to handle.

It is clear that safety precautions are necessary from the very beginning of the manufacturing process. The first step is to equip the module with a special heat conducting film that helps to improve the cooling of the entire battery set. A cooling device called a cooler is inserted between the modules: once connected, coolant flows through this device. It is also essential to equip all employees in the workplace with specific clothing that must be ESD-certified and must be regularly tested to verify that it protects against static electricity.

After assembling the batteries, a series of final tests must be carried out.

The first is a leak test of the cooling circuit and the battery as a whole.

From time to time, a different-looking unit appears among the tested batteries: it is a sample unit that verifies that the leak test apparatus is functioning properly. Special jets can simulate leakage defects, which adds another dimension to checking the functionality of the test apparatus. When the battery has passed the leak test, it can proceed to the electrical test. In this second step, employees check the high and low voltage parts. In particular, they check that the insulation is functioning properly. Once the battery has passed all tests, it is charged to approximately 37 per cent of capacity.

Bonetto has developed standardised modular stations (LEGO concept) for the assembly of battery modules. The standardised station can be supplemented by different devices depending on the tasks to be performed. The stations themselves and the automation of processes can be multiplied as required, allowing the user to scale the investment according to production needs.

Depending on the level of automation, the handling of the battery pack can also be done via special trolleys or AGV systems.

Welding and bonding techniques for interconnects in battery manufacturing 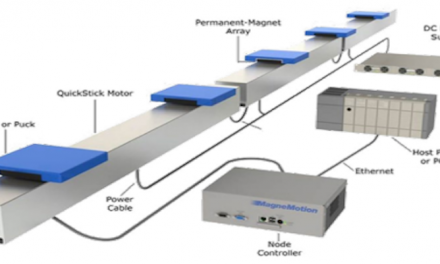 The future of conveying systems in battery manufacturing 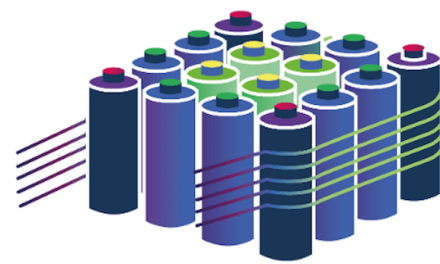