How to organize battery manufacturing in near future?

India has two major aspirations whose outcomes rely on battery manufacturing: first is 100 percent electric vehicle (EV), and second is 450 gigawatts of installed renewable capacity. Lithium-ion batteries which are currently being considered for EV are in nascent stage in India. There is a need of strategy that would enable the Government of India (GOI) to accelerate growth of battery manufacturing in India. The EV batteries are expected to have a huge potential of around $300 billion in India. India is also expected to account for around one-third of worldwide EV battery consumption. Along with EV, a major demand is expected from stationary battery storage systems, which are required for the integration of intermittent renewable generation. With growing popularity of lithium-ion batteries which are capable of handling higher charging and discharging rate, the application of batteries for ancillary services has increased.

Lithium-ion battery manufacturing consists of three stages. The first is battery chemical procurement, which accounts for around 35 to 40% of the total cost. The second is cell production, which adds 25 to 30 percent to the value of the product. The third concerns cell-to-battery-pack manufacturing, which has a value-add of 30 to 40% of the cost of the battery pack. While cell-to-pack manufacturing factories have begun operations in India, cell manufacturing needs to be encouraged. This can be achieved by a collaborative approach like joint ventures (JV), wherein each member owns certain percent of the total stakes. JVs have the advantage of enhanced credibility, shared investment and shared expenses that help to enter a new market swiftly.

Additionally, the government should focus on acquiring materials required for cell manufacturing. The government has planned to search for needed resources within the country while also making smart investments in overseas mines. Moreover, acquiring essential raw material is also possible by recycling the old batteries. With rising lithium battery application, there is need of lithium battery recycling to sustainably deal with batteries at the end of their useful life.

Coordination among industry players and the government regulators can aid in defining a route for organizing battery manufacturing. The Indian government intends to make India a global manufacturing hub and incentives are being given for the same. Recently, Production linked incentive (PLI) scheme with a planned investment of INR 18,100 crore within 5 years period to boost the manufacture, export, and storage of advance chemistry cells (AAC) was announced by the finance ministry. Through this plan, India hopes to lessen the its reliance on imports for batteries and building a robust manufacturing ecosystem.

Why cooperation is key in EV battery industry 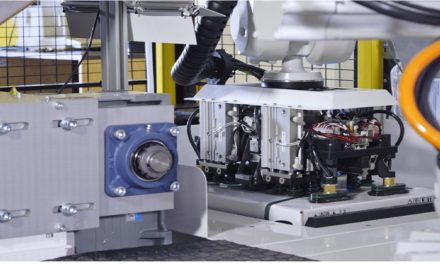